Ramerish Holiday Cottages introduces Ramerish Retreat as our first venture in to the holiday let industry. We really hope that it won't be the last so we can grow a family business that will involve myself, Jenny and our 3 children, RAMsay, ERin and HamISH, hence RAMERISH.
‍

Ramerish Retreat is sited in the grounds of Lochenbreck Cottage, this was, and still is Andy's family home. It was owned by Andy's parents from the late 1970's until Andy and Jenny took over its growth and development in 2012. On moving in we carried out extensive renovations to Lochenbreck Cottage to bring up our expanding family in. After the work on the house we turned to the outside work and started to increase the garden area, as it was just piles of spoil and stone left over from the hotel with regenerating trees growing everywhere. We don't have this as we would like it to be yet but it will be a work in progress, as it is just now it is perfect for our children and animals to have the free run of.

Our attentions then turned to the upkeep of the old stone stable, which all Andy's life had been hidden by rhododendron and laurel bushes. This project started as a preservation but quite quickly managed to escalate into a major building project. Initially we only intended to get it wind and water tight and this soon led to 'we've gone this far, lets just finish it'.

Throughout the build we wanted to be as in keeping with its surroundings and as natural as possible. We used only local tradesmen, who were all top notch at what they have done for us. All extra stone was from this site, it will have been from the old hotel, including all the dyking stone. The larch cladding was from our own larch trees, again from this site. Andy felled them and we had a mobile sawmill come here and cut gate posts, cladding and anything else he could get from the logs. The off cuts were all used for firewood. Anything we could source locally we did. All sand and gravel for the building work, drains, reed bed etc all came from the local sand quarry 4 miles away.

The house interior has all been produced to a very high standard. A lot of the ideas are all from Jenny's imagination. We wanted the ground floor of the house to be suitable for people who may have disabilities so we made sure we had all access points level. We made sure we had ground floor bedroom and bathroom/wet room with walk in/roll in shower for disabled access. This would always have been the case to cater for disabled but it was made more prevalent for us after October 2010 when Andy, being only 31 and a fit and healthy man, had a major bleed in his brain leading to a stroke. This was, obviously a major event in our lives and showed us just how fragile we can be and how we never know what life has in store for us.

It took many years for Andy to have all his operations but the skill of the doctors left him almost as good as new but it left us wanting to make sure we share the lovely part of the world we stay in with anyone who'd like to come and experience it with us. 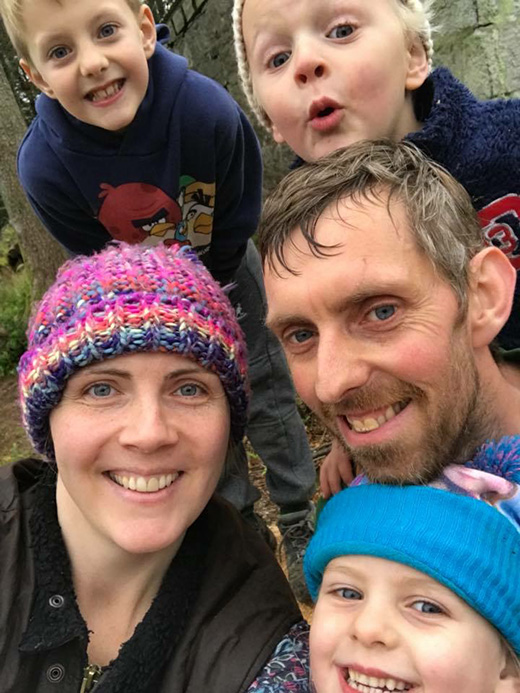